Alan Dubs is retired, but far from idle — he dedicates approximately 35 hours each week to Ferguson K-8 school. And one local organization is looking for at least a few more generous seniors to do the same.

Dubs works with students in the K-8 school as a tutor through the RSVP of the Capital Region, a volunteer-based organization in the area for people 55 years old and up. The tutoring program began about three years ago, according to Scott Hunsinger, the organization’s development coordinator in York, Adams and Franklin counties.

Each year since the program’s inception, Dubs has won the award for tallying the most volunteer hours.

At 65, Dubs knew he wanted to give back to the community. He decided to connect with RSVP and work with students at Ferguson K-8, where his own daughter attended school. He works with kids of all ages — he even eats lunch with them on occasion.

“It’s so rewarding. It gives you a sense of purpose,” Dubs said. “When I go into school, I tell a lot of them that I’m their temporary in-house parent or grandparent, and I’m going to treat them just like they’re my child.”

The volunteers: Volunteer tutors are able to spend time in the school of their choice so long as RSVP of the Capital Region has a relationship with that school. The seniors can choose to dedicate the number of hours that work with their schedules, as well.

Patti Hullman, a former kindergarten teacher and resident of Springfield Township, decided to volunteer in Jackson K-8 because she missed teaching after retiring.

She spends about two hours each week with a kindergarten class there, helping the children master the skills to help them succeed in the future. Hullman said volunteering in a kindergarten class is important because many of the students might not know English and didn’t always attend a pre-K program. Therefore, the children may be just learning basic skills in English before they can move on to anything else

“I think especially with the younger children, the more we can do to help them to acquire that good foundation that they need to carry them through school, the better they’re going to be,” Hullman said. “When I taught I was fortunate because I had a lot of parent volunteers, but that just isn’t the case anymore with a lot of the districts, not just the city district.”

Both Hullman and Dubs agreed that there’s a dire need in York County for more tutors and volunteers in the school districts in general. With many families either having single-parent households or homes in which both parents work, there aren’t as many people who can take the time to volunteer during the school days with the kids. And both said volunteering with the younger kids is incredibly fulfilling.

“We feel we get as much out of the program as the children that we’re working with,” Hullman said. “It makes you feel good and it’s helping us and as much as it seems to be helping them.” Dubs said the kids just love working with him and the other volunteers, and they are almost like family to him.

The program: The tutors in the program work primarily on reading and math, Hunsinger said. There are currently 16 tutors who work in York County and serve three school districts: York City, Hanover and South Eastern. In York City, tutors volunteer in Jackson, Devers, Ferguson and McKinley K-8 schools. Hunsinger said that they are working on getting a tutor for Goode K-8 in the near future as well.

Hunsinger wants to continue to expand the tutor program to even more school districts in the county, but to do so RSVP of the Capital Region needs more volunteers. Volunteers aren’t paid but are reimbursed for transportation, given free supplemental liability insurance, given assistance with clearances needed to work with students in the district and get a lot of satisfaction from helping the kids, Hunsinger said.

“Students really look up to the tutors, they really like having them come in,” Hunsinger said. “It’s not just tutoring; the tutors show them love, and they get attention from the tutors on a one-on-one basis.”

Hunsinger said none of the 16 volunteers are there for the perks but because they really love the community and want to better it. Many volunteers that tutor volunteer through RSVP in other aspects  as well, such as for the food bank or in soup kitchens.

To get involved as a volunteer for the RSVP of the Capital Region, Scott Hunsinger encourages anyone to email him at YorkAdamsFranklin@rsvpCapReg.org or call him at (443) 619-3842.

This article is reproduced with permission of The York Dispatch, Alyssa Jackson (writer), and Amanda J. Cain (photographer). 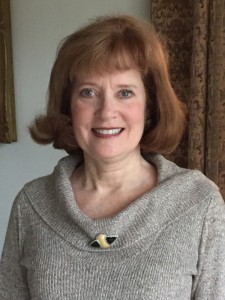 The RSVP of the Capital Region Volunteer of the Month for March 2016 is Patti Hullmann in York County. Patti tutors at Jackson Elementary School in the York City School District for RSVP. She makes fleece scarfs for the students at Jackson. Patti is a retired kindergarten teacher from the Dallastown Area School District, is married to Terry and she has two sons: Kyle and Ben. She enjoys walking her three dogs, sewing, baking, gardening, and playing the piano.

Patti’s other activities include: walking dogs at Animal Rescue, Inc, singing in her church choir, sewing sundresses for the “Little Dresses for Africa” mission. She is active in the Jacobus Lions Club and is a member of the Dallastown Area Communities That Care for the Dallastown Area School District.

Her reason for volunteering is that she feels very blessed with her life and wants to share those blessings with others. RSVP of the Capital Region is very blessed to have her as an active volunteer in York County.

For more information about volunteering with RSVP in York County contact Scott Hunsinger at 443 619-3842 or by email at YorkAdamsFranklin@rsvpCapReg.org 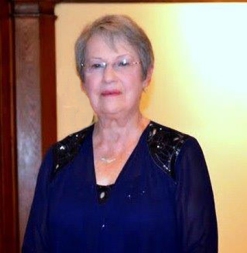 RSVP of the Capital Region’s volunteer of the month for February is D. Monine Seitz. Monine volunteers at Healthy World Café in the City of York. She prepares and serves food for customers who visit the café for lunch. She was born and raised in York County. Monine is married, has two daughters and five grandchildren. She retired from York Bank & Trust Operations Department. Monine likes to bowl and also volunteers at the Strand Capital Performing Arts Center, and The Pullo Center.

For more information about volunteering with RSVP of the Capital Region, contact Scott Hunsinger, York County Development Coordinator at 443 619-3842 or by e-mail at YorkAdamsFranklin@rsvpcapreg.org

RSVP Senior Volunteers are invited to join us for a Volunteer Appreciation Breakfast at Alexander’s Family Restaurant (840 Carlisle Road), 9 – 10:30am.

RSVP of the Capital Region and the Senior Companion Program of York County are collecting hygiene and food items to benefit the York County Food Bank, as part of our Martin Luther King Jr. Day of Service project.